The AARCH Civil Rights display was presented in the lobby of the Weinberg Center for the “The Mountaintop” play on April 13 2018. The display featured Civil Rights leaders from Frederick County. Our participants were (left to right) Seaven Gordon, Velma Lawson, Royal Lawson, Ann Oram and Sandra Makel. 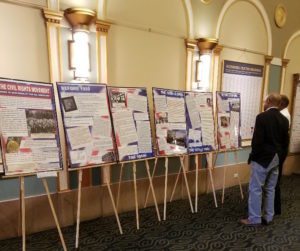 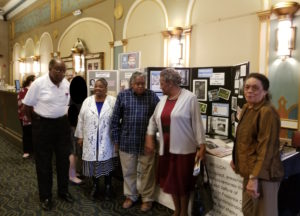 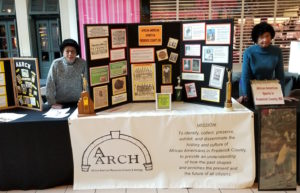 The State of Maryland created a quilt to celebrate the emancipation of slaves in 1864. Each county in the state contributed a panel; AARCH designed the Frederick County panel. 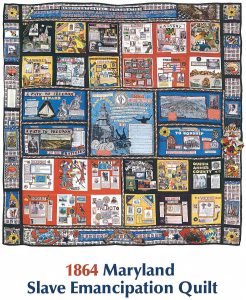 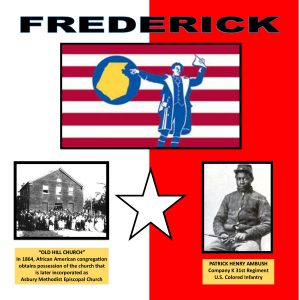